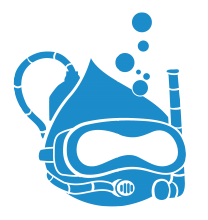 The cluster runs on apt-based systems. It is designed for high-availability: failure of one server is not critical. However, there is no automatic failover configuration. Instead, manual recovery is possible within minutes.

All servers set up exim to work as smarthost, sending mails through gmail. In practice, gmail limits outgoing emails to a few thousands per day, so it is better to replace it by a dedicated solution such as Mailchimp. There's also newrelic for server monitoring on all servers.

The playbook assumes that all servers have public IPs on eth0 and sit in the private network on eth1.

For the rest, check the code in github.

There's been quite a few spam{bots,turks} lately passing through Drupal Captcha , reCAPTHA, Honeypot module… After a bit of research, I decided to block China from accessing my site. It turned out to be easy:

We hosted Drupal websites at Hetzner for a few years. While it's unbeatable on price, it requires a skilled Linux sysadmin, which weights on personnel costs. Our guesstimate was that we'll pay a third more for a Drupal hosting, but our sysadmin costs would go down by ⅔. Add in non-material considerations, such as lower personnel turnover risks and better DDoS protection, and alternatives to Hetzner start to look almost attractive.

So, we decided to check Drupal cloud hosting solutions and asked for quotes from Pantheon and Acquia. Pantheon was less expensive and had more features. It also edged out Acquia on technology by using Linux containers instead of Amazon Web Services as underlying infrastructure. Unfortunately, Pantheon servers were located near Chicago, while most of our readers are from Europe, so we had no choice but to go for Acquia.

This one appears high in Google SERPs on phpbb2drupal.

In a desperate act of self-humiliation, people behind Java.net upgraded their Drupal-based website and left the default Drupal favicon on their site, as a sign of a total professional failure.

P.S. Looks like they had a MovableType before Drupal. Dries blogged about it half a year ago.

Here, the poll is hardcoded at node/38566 and the patch applies to index.php in the root of Drupal installation.

Tested on Drupal 6.14, but shall work on many other versions as well.